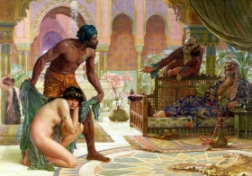 The topic of the conference encourages our colleagues to share their insights and interpretations on everyday life in the Balkans in the period between the 18th to the 20th c. Both history from below and royal patrimonialism can act as а methodological outset to the analyses of various cultural practices, connected with intimacy, food, hygiene, private and public ceremonies, and entertainment. In addition, the participants are invited to reflect on the perspectives of the foreign visitors to the Balkan region and their observations on the local celebrations and daily routines.

The regulations and sanctions for impropriety, and the institutions that perform them, are also among the suggested themes for this conference. Temporal and social stratifications on the basis of class, gender, religion, age, etc. are vital to the interpretation of the drives behind certain policies of regulation and methods of punishment.

Historiographical as well as literary texts, visual representations and musical variations of motives can act as viable sources for interpretation in view of the suggested topic.

Suggested thematic scope of the conference:

The texts from the conference will be published in an electronic volume.

This site uses Akismet to reduce spam. Learn how your comment data is processed.